So far, so good with these blog postings. I hope everyone enjoys reading them as much as I enjoy writing them.  I thought it would be difficult to think of topics to write about but it's been easier than I thought with ideas just popping in my head.

For this post,  I'll talk about the first custom video I ever ordered, "Ultiwoman Undone" and included few exclusive pics from this video. It was back in 2002 and I was still pretty new to the super-heroine genre on the internet. Before then, I got most of my super heroine fun from comics and a few mainstream television shows and movies like Wonder Woman and Supergirl. At that time the two top sites were Sooperhero.com and Superheroinecentral.com as I was constantly checking those sites out for updates. Then I began to branch out and I found "double trouble wrestling" (dtwrestling.com) and they had a great series of super heroine matches and stories by George Perez called "The Sisterhood of Super-heroines" and I loved it. This was the first time I actually saw super heroine stuff in live action, the way I've always wanted to see it that was not in picture form. 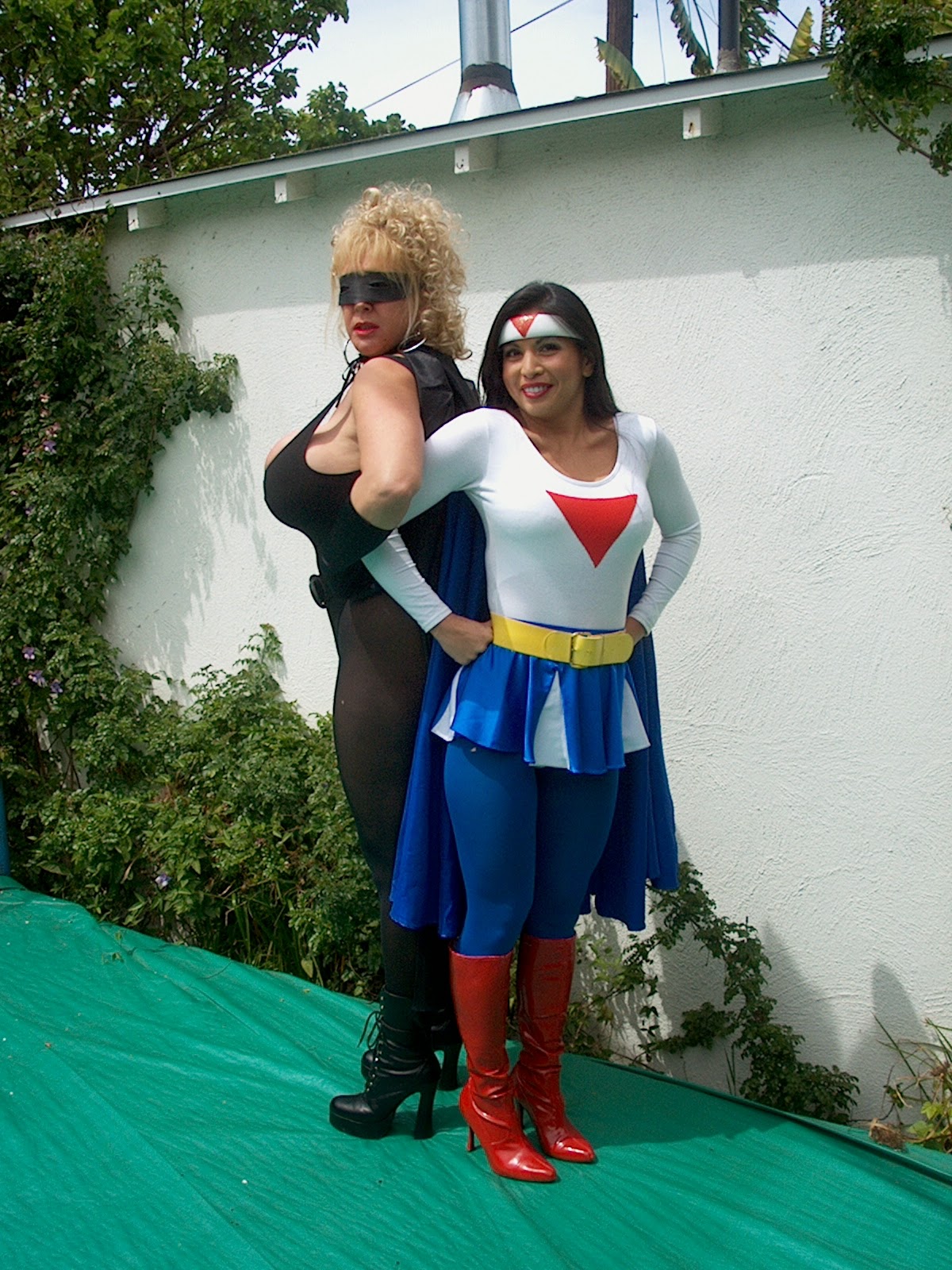 They had action-packed matches, great peril and great looking super heroines with convincing villains as they really played those roles believable and sexy. It was an awesome time and I can't remember how many videos I bought but I still have the VHS tapes and I refuse to give up my VCR because of it. After awhile I noticed an offer for custom videos and i was intrigued by it.

For a few hundred dollars, I got the opportunity to create the exact video I've always wanted to see. It took me a few months to work up the nerve to do because I've never invested so much money on a project like that before and I didn't know what to expect. To ease the apprehension, I emailed the producer with a few questions on the process and they got back to me pretty quickly and their answers made me feel better and I found the confidence in taking up that opportunity for the custom of my dreams. So, I immediately began writing a script that took me a week to finish and at the time I had no idea of how to write one. I did it in the best fashion I could which was inspired by sooperhero.com by their photo-stories  in which each picture in the story had small paragraph or a sentence to it explaining what was going on to move the story along. It was not the best process but it worked as the producers understood the writings. 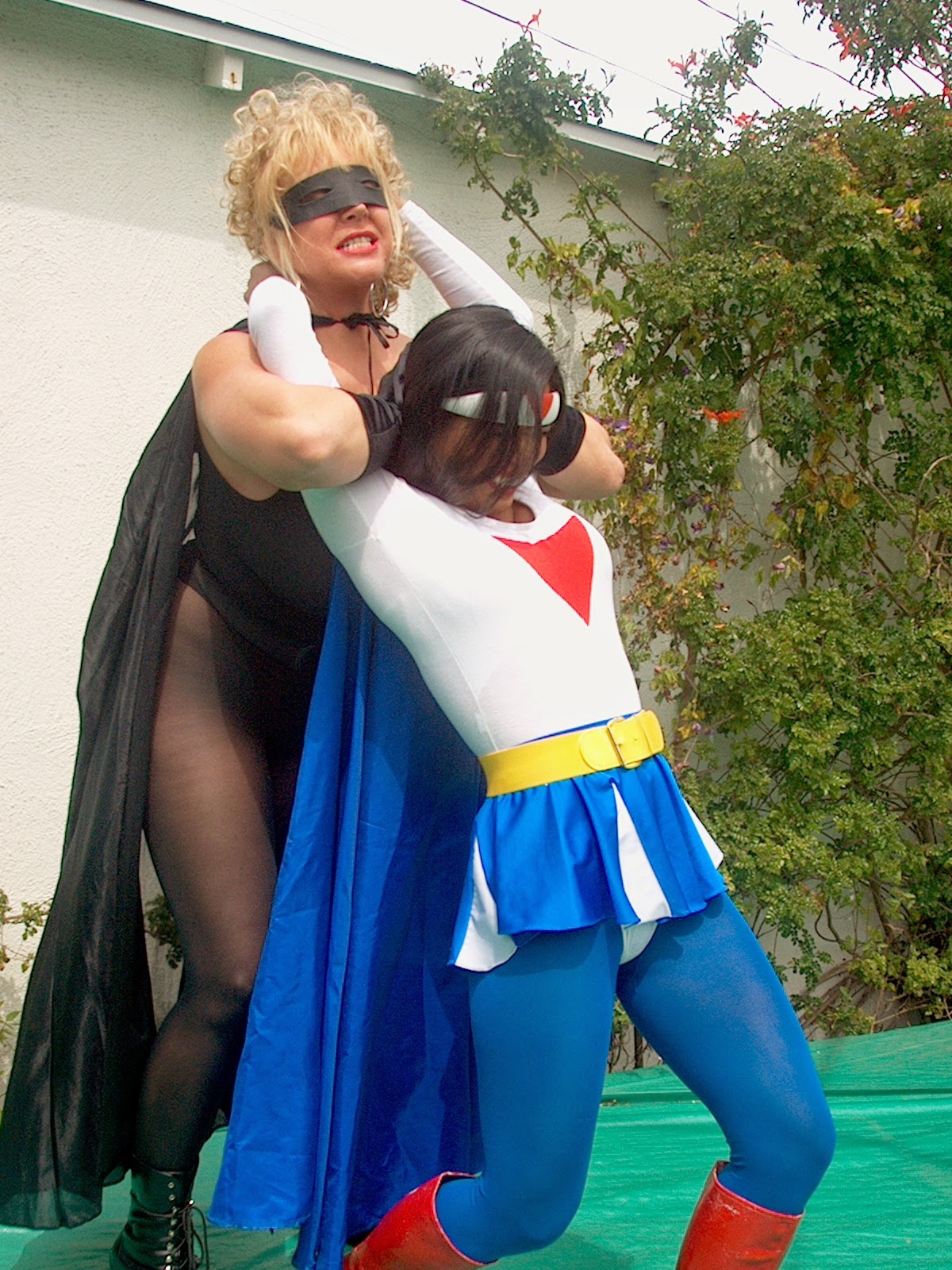 At the time, Santana was available and I chose Shelly as the villainess because I wanted a more believable villainess that had a size advantage over the heroine and could convincingly give a dominating beating over the heroine. Also with the input of George Perez, They were able to craft an awesome video called "Ultiwoman Undone". I had to wait a few months for it but it was well worth the wait to finally see the story of your dreams in reality. Santana was gorgeous and gave an awesome performance and Shelly did a great job as the villain and was able to give the heroine a serious beating and humiliating defeat. 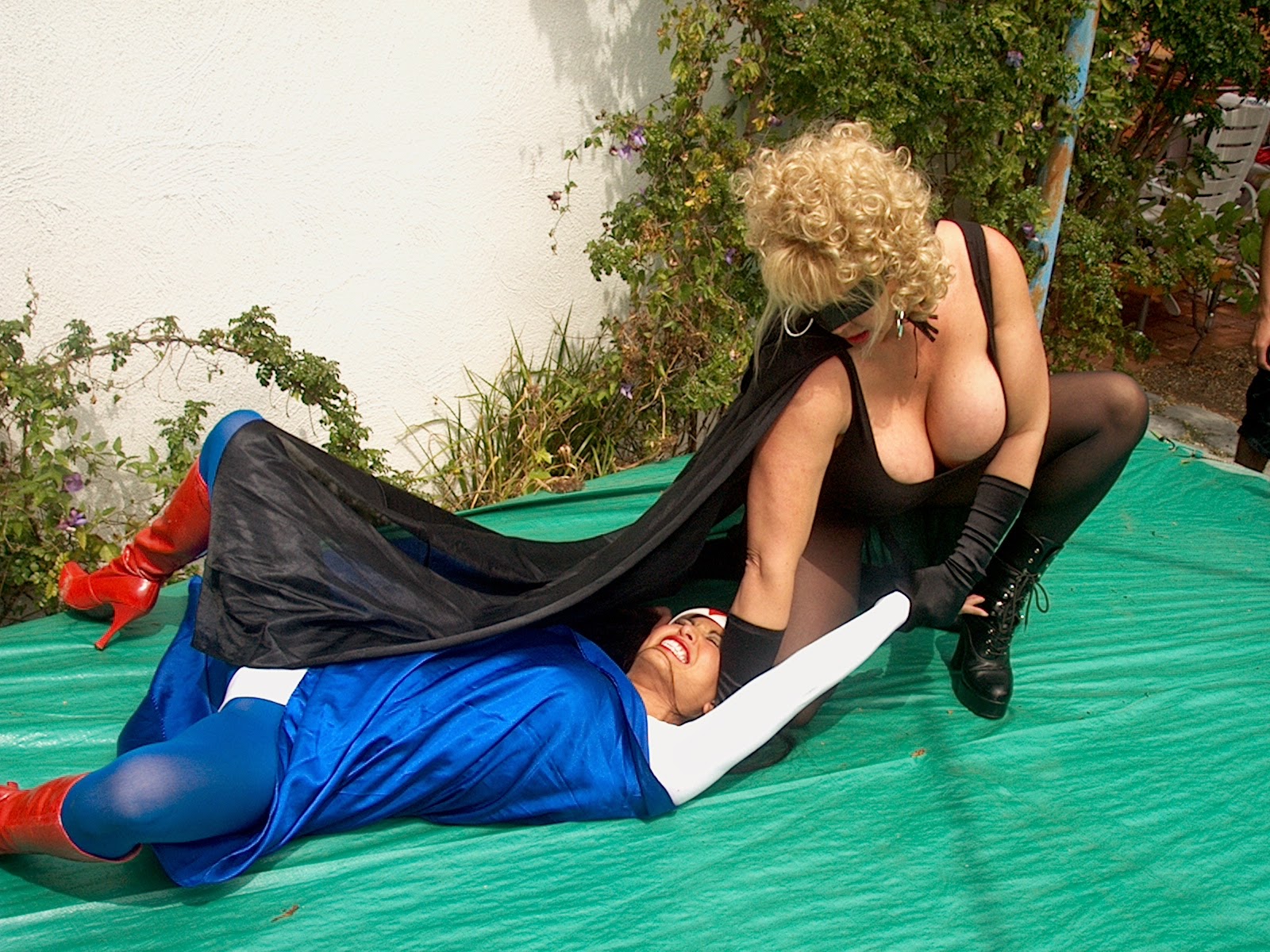 A year afterwards I met George Perez in person at a comic convention and we had a brief chat about the Ultiwoman video and it was great. He was a really nice guy and I could barely contain my excitement from meeting the comic legend. 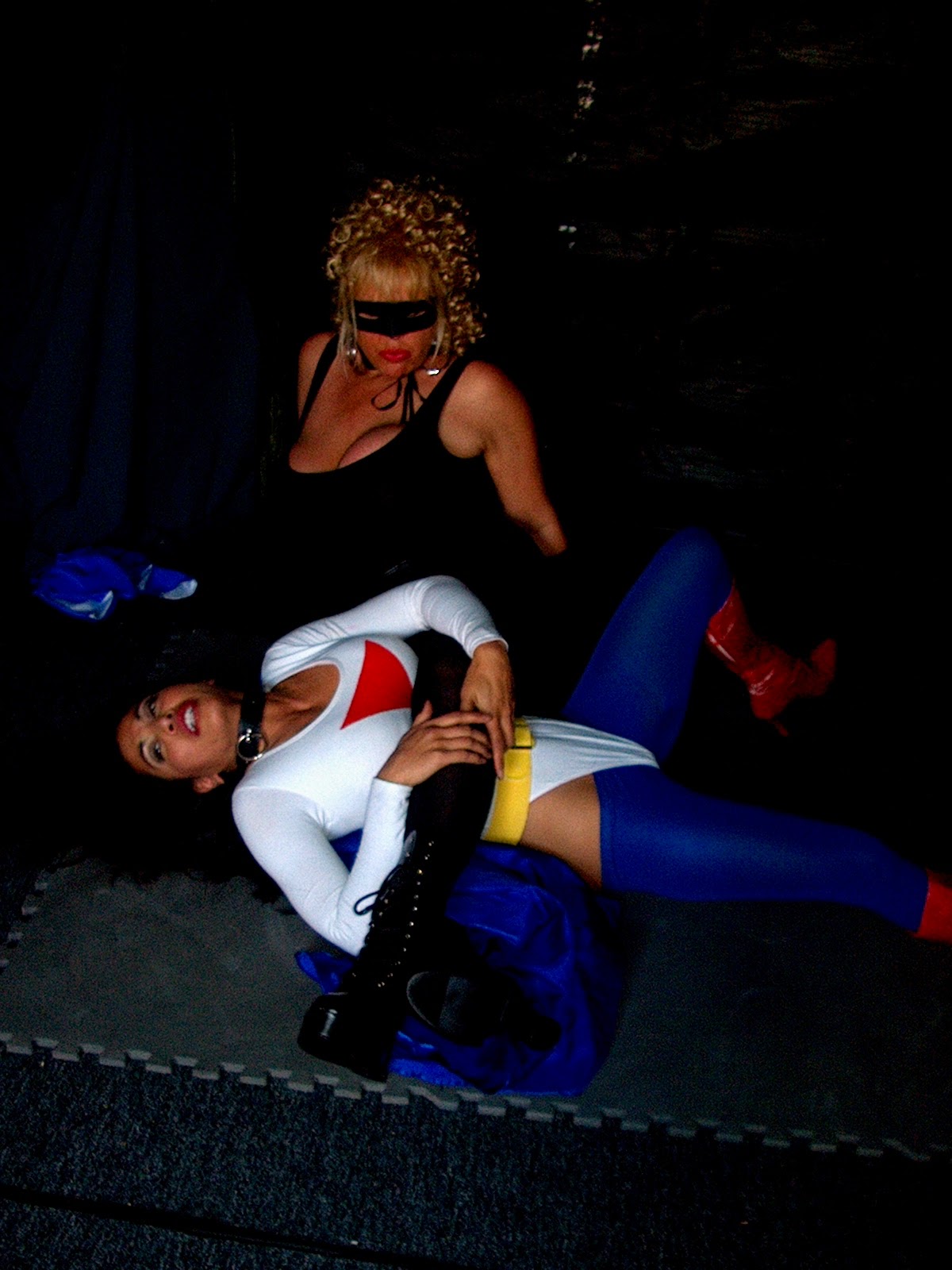 This was my first taste of actually producing a super heroine video and it was a valuable experience for what I'm doing now with UltraHeroix.com. In terms of writing and getting a little feel for the process. I would say for anyone interested in getting into the industry, doing a custom would be a good way to build a little experience and it gives you an idea of the costs of producing for yourself since it could be expensive to see your vision realized. You can still get "Ultiwoman Undone" at dtwrestling.com 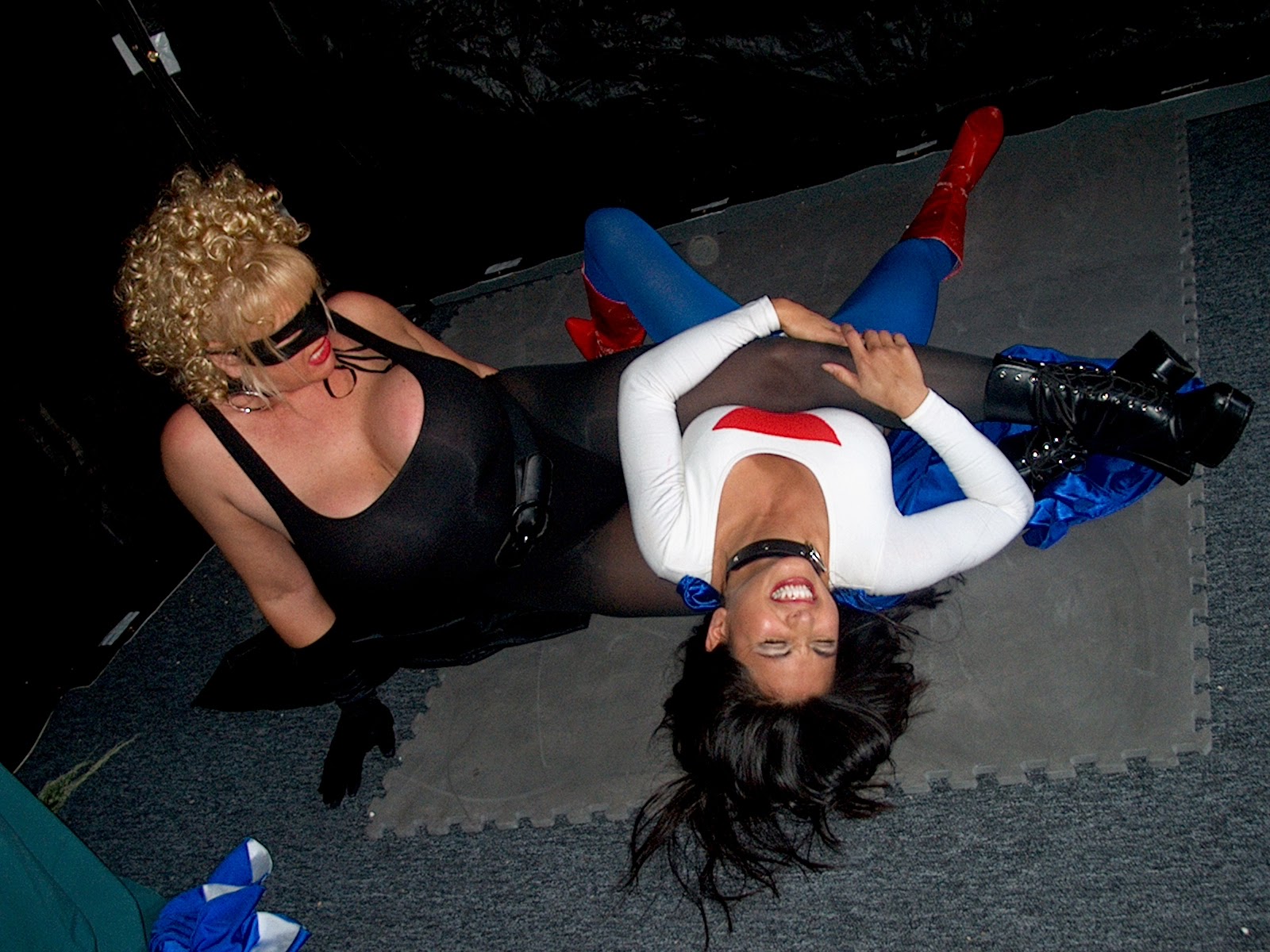 I've been asked about doing customs by fans and I've given it a lot of thought but at this time I can honestly say that I'm not ready to do this due to the amount of planning and flexibilty it requires. I use my experience with dtwrestling.com as the benchmark in that it was a great experience and once I feel I could match or at least come close to it then I would be ready for that task. In the meantime, I'm always open to suggestions for stories and scenarios. I can't promise that I would use them but I would make an effort to try and include them in future videos.