2015 year in review for UltraHeroix.com 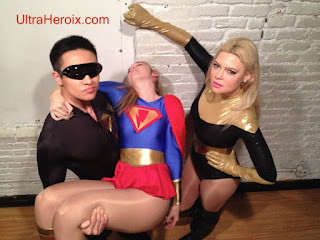 Hi folks,
It's a little late but I wanted to do a quick recap for 2015, which has been a very interesting and successful year for UltraHeroix.com. The year went by pretty quick but I felt we had some great stories and introduced some awesome new characters and stories. The three main highlights are:

1: The introduction of Luna Starr. 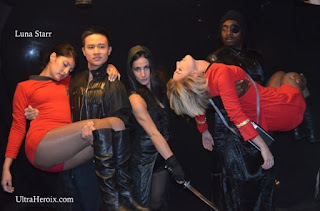 I've always been a fan of Star Trek and i really enjoyed the female characters, especially from the original series. Although there has been a few cool stories/episodes I felt that there was not enough with action with the female characters. Which is why I created Luna Starr. I wanted to have a Star Trek-like character with a more Buck Roger's feel and storyline and I believe we captured that perfectly.  Thanks to the actress and the rest of the cast, we were able to create butt-kicking story where the heroine did kick a lot of butt but was also on the receiving end. I look forward to getting back to Luna Starr in 2016.

2: The introduction of Agent Wonder. 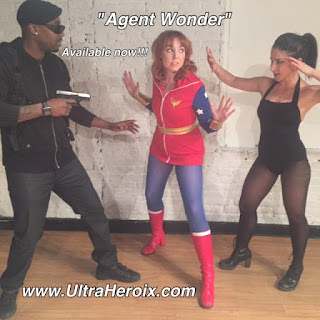 This was another new character that was a breakout hit. She was inspired by the Cathy Lee Crosby version of Wonder Woman in the 1970's that had more of a super agent feel than a superhero and that what I went for in both of her stories. I was a big fan of the costume that seemed abandoned by DC and we were able to bring it back and it looked great. The best thing about this character is that I feel like I could drop her in any situation/storyline and it would work. Look forward to Agent Wonder coming back in a big way for 2016.

3: The return of older characters. 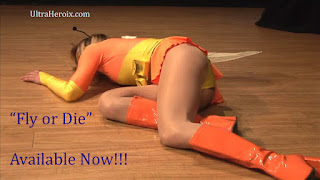 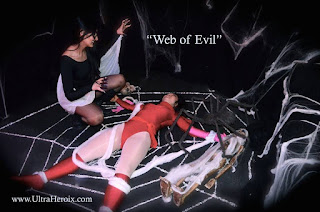 We were able to finish off the Swiftgirl storyline that involved the return of her evil super-siblings and her victory over them after a long battle. We also saw the return of Crimson Cat and Dynafly taking on the leftovers from the C.L.A.S.H storyline. 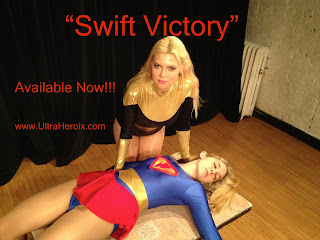 So, What do we have in store for 2016? Well, The return of Luna Starr, Agent Wonder and Lady Ultra and Swiftgirl in more action packed stories. I plan to involve more Horror type elements in upcoming stories that would involve everyone favoriteVampire Sorceress, Devla! I thin the villains are going to have a big year for UltraHeroix.com