The "Electra Elf and Fluffer" Show Hey all, For this update I want to review another show based on an little know super heroine but is definitely in the super heroine in peril genre called "Electra Elf and Fluffer". I used to watch this show on a public access channel on Mondays at midnight and I found it kinda cool and fun, although something you would have to be aware of is that it has a strong liberal political but sexual undertones. 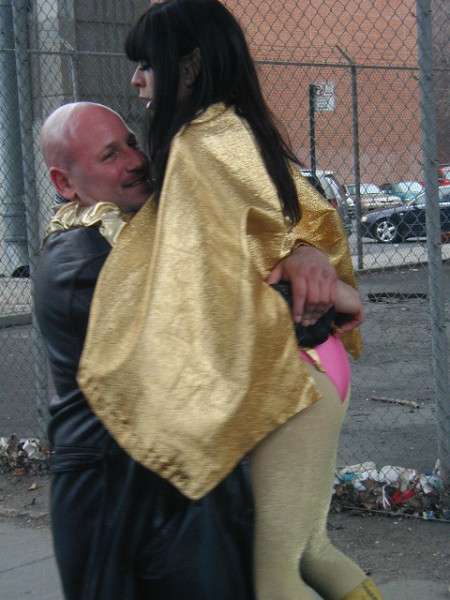 It had some interesting stories and the special effects, although definitely not top notch by any standards it does a good enough job to get the story across like when Electra Elf is flying in the sky fighting demons or is underwater challenging mermen.

The main character is a reporter named Jennifer Swallows, whose secret identity is that of "Electra Elf". This character is played by an actress named Rev Jen and she does a great job playing the heroine as powerful, cocky and campy but knows how to play the peril part very part very well too. Her powers appear to be flight, ability to shoot beams of energy and super-strength when she changes into her elf-like form. Every episode has her in some sort of peril but is able to overcome it and wins in the end.  She usually wraps up the episode with a moral message.  This heroine is joined by her talking-dog sidekick called Fluffer, I'll admit the dog sidekick is unique but gets annoying after awhile with it's squeaky voice.

The villains are pretty hit and miss, some are pretty cool with good costumes while others look kinda lame with combination of knock-off costume parts but most of the time they get her in good perilous situations with traps and fight scenes.  I must admit, This show also gives me some inspiration for future stories that I plan to do in the future for UltraHeroix.com, like having the heroine fight monsters and other creatures and using more of the green screen. Although they look campy, it does help the story along and I do enjoy the campy look. One of my favorite episodes is when Electra Elf infiltrates a fraternity that has a criminal influence and is captured and tortured by the frat brothers only to be rescued later by an unlikely hero.

In the end, The series was fun, campy and will be always be guilty pleasure. If you are a fan of the super heroine in peril genre then this is worth a view."Electra Elf" was one of those shows that gave me the motivation to do something that I would enjoy in UltraHeroix.com in that you don't need a huge budget but a love in what you do and the end result will be an enjoyable one.  Although there has been no new episodes for years, you could still find the whole episodes on youtube by just doing a search under "Electra Elf". Here is a youtube channel to check out Grave Rob Youtube channel .
Here is the trailer/intro for the show.

Posted by Unknown at 9:58 PM No comments:

Hi all, I hope everyone will enjoy this July 4th weekend and to start it off by enjoying this overdue post.
For this outing I'm going to put the spotlight on one of my (and a lot of fan's) favorite, "Crimson Cat". She was the second character I created over 10 years ago after Lady Ultra and I used her in a few drawings in my original website, so I was especially eager to bring her to life when I created Ultraheroix.com. When I was thinking of character I knew I wanted a Ninja. Someone with no super-powers but great fighting skills. She also had to have a lethal side and questionable background in that she was also a mercenary. I was able to touch on this in her first solo adventure in "Crimson Clash" as she took on "Mauler".

Here is her original origin:

Little is known about the masked adventurer known as as the "Crimson Cat" other than she is a trained ninja. She has been known to do mercenary work for both law enforcement  and criminally inclined employers although she has in recent times fought solely on the side of good. Due to her background and nature, she prefers to work alone and sees other heroines as amateurs. 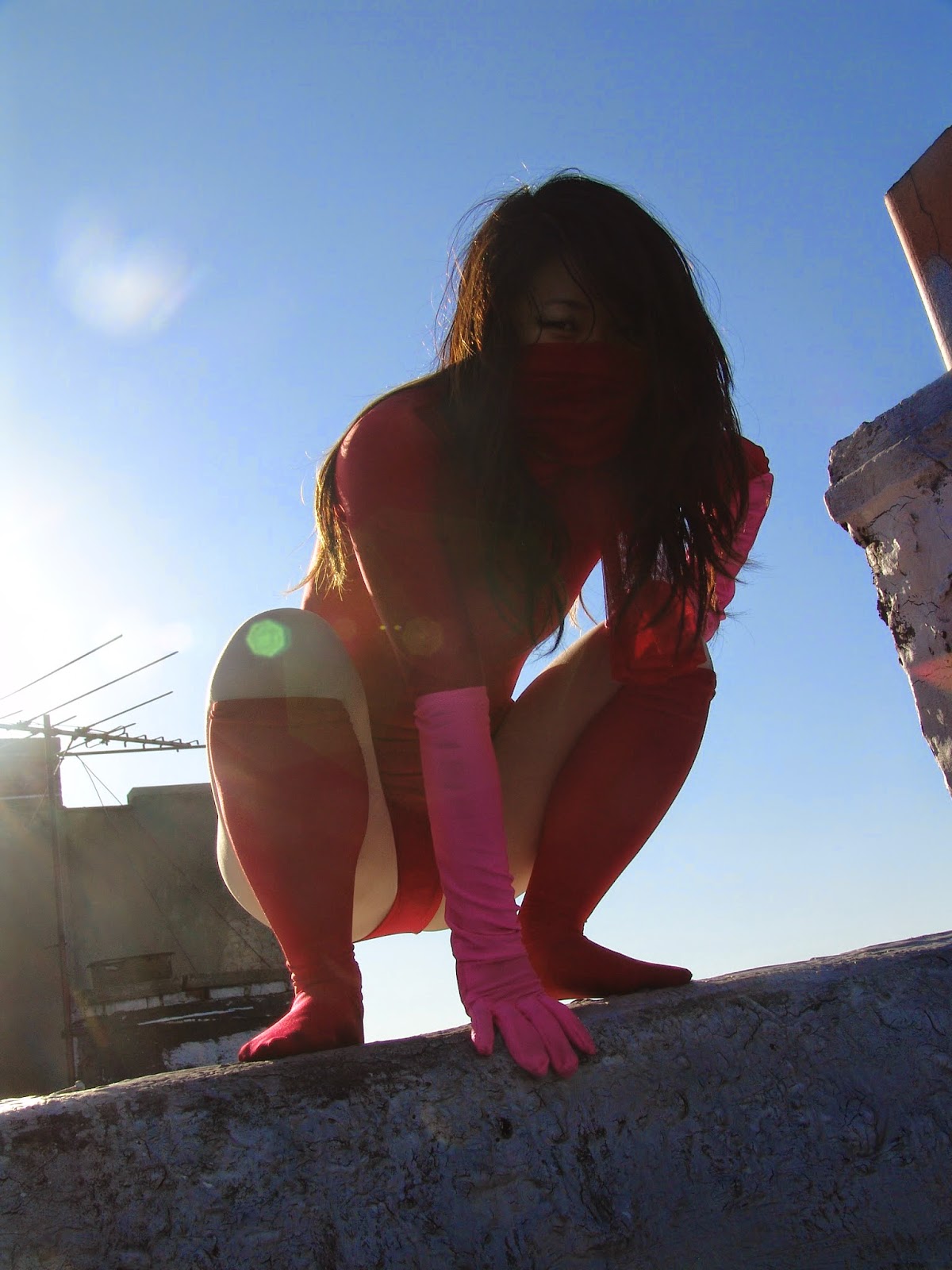 Recently though, she has been coming to the aid of her fellow suer heroines and becoming a vital team player against the criminal organization "C.L.A.S.H", especially Lady Ultra whom she has developed a deep friendship.

Over the various story lines, we have seen her character evolved into more of a team-player, often coming to the aid of her fellow super-heroines and leaving her mercenary ties behind. I've had the pleasure working with same actress who portrays Crimson Cat from the very beginning to now. She has always been our most gung-ho worker and always have a lot of fun playing the part which really translates well in the videos and made her and Crimson Cat a fan favorite.


What we have in store for Crimson Cat is more adventures with our feline heroine, fighting other villains and monsters. Including some old foes that are itching to have revenge on her so she better be careful cause she's running short of her nine lives.

Crimson Clash
Posted by Unknown at 12:01 AM No comments: