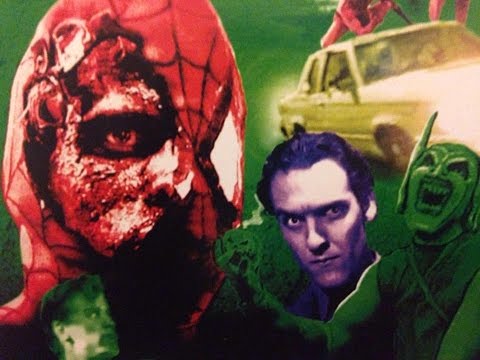 Hi all, for this edition I wanted to share something a little different and focus on one of my inspirations for producing my super heroine stories. The fan film I'm talking about is a spiderman film called "The Green Goblin's Last Stand". What made this production so special is what was to be made in such a small to non-existent budget  (only $400) but with a ton of passion.

The was his passion project since he was a huge Spiderman fan and he saw this as an opportunity to get into the film-production business as an actor/stunt-man. In fact in this fan-film he plays as Peter Parker/Spider-Man and he did all of his own stunts. The highlight os this video is seeing him doing the crazy but awesome stunts from swinging from buildings on  rope to diving into boxes and debris. The prop-making is also very interesting and creative. The storyline is based on the classic "Death of Gwen Stacy" storyline that pits Spiderman against his most dangerous arch-nemesis, Green Goblin in their most famous battle. Based on the budget constraints and location limitations, Dan Poole had to modify the storyline to be able to shoot and it works out great.

It's also cool to see how he used the environment and self-made props in this. It did give me a couple of ideas for my own productions. It should be noted that this was made in the early 1990's before Hi-definition cameras and the lighting is poor and the acting is a bit cheesy, campy and over the top but this kinda added to the charm of this video. It should also be known that this was one of the first fan-films to truly become one of the most popular in the fan-film genre and should be considered a  must see. it is incredible to see how far amateur film-making has come along since then. But something this has that others lack is that this has a lot of heart and there are a lot of tips that new, self-made film-makers can learn from.

I first this fan-film when I bought it at a comic book convention as a DVD back in 2004 and it has been one of my favorite DVD's of all time. It also had a documentary of the story behind the production and it was very enlightening and informative. Not only did I see the fan film but the hard work  and sacrifice that Dan Poole did and the "out of the box" thinking needed to create something special like this. As I've said the documentary was very helpful and I suggest anyone interested in film-making to check out the fan-film and documentary.

Today, you wouldn't be able to get the DVD anywhere since there are a lot copyright issues but fortunately both the film and documentary can be seen on Youtube. I suggest checking both out if you're a comic fan, aspiring film-maker and/or just a fan of fun stuff.