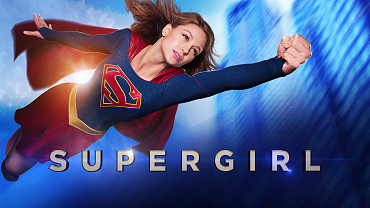 It's been worth the wait but it looks like we have a worthy super heroine television show. So far, Supergirl has been very impressive in how well it is staying in it's comic book roots. This show started in the Fall of 2015 and we are now enjoying the second half of the season in 2016.

The main character is played by Melissa Benoist, and she does an excellent job in the role as Supergirl. She portrays the heroine as inexperienced with something to prove early on in the season but as time goes on she becomes more self confident in her training with her powers and as she fights super villains.

The villains has been pretty good so far as we see a good variety from criminal masterminds to super powered aliens. I have to admit that the first half of the season had better fight scenes that was easier to see. In the second half of the season, the fights appear to be shorter and at night so it's not as easy to see or enjoy. Which leads me to the special effects, which has mostly been good. There has been a fe instances when things looked a bit subpar but the majority like the flight scenes and fight scenes looked great, which show that we've come along way for special effect since the 1980's and the original "Supergirl" movie.

The cast has been very good. Calista Flockhart has been great as Cat Grant, Kara's (Supergirl's secret identity) boss. She has been tough but showed a few signs of a soft heart. The rest of the cast has been strong. The story lines has been pretty easy to follow as we've seen mostly a new villain a week but there has been a few overarching story lines featuring evil krytonians and Maxwell Lord (the show's version of Lex Luthor).

So far, my favorite episode has been the pilot episode but there is enough for me and hopefully fans to keep coming back. I would only hope that they keep the current costume, which is great, they do better fight scenes and have more peril as they go on.