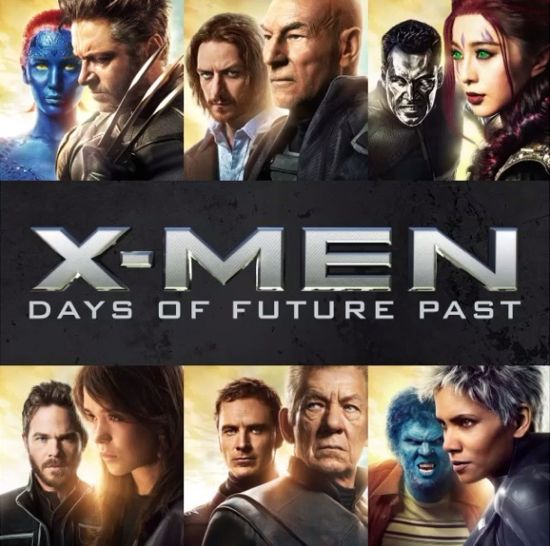 Wow! Simply wow! I saw the latest X-Men movie on memorial day and although I was eager to see it, I was still a little wary on what to expect due to the teasers and fanboy rants on other forums. But now I can honestly say that this concerns were not necessary. XDOFP is possibly the best X-Men movie yet and arguably the best comic movie of the year. Yep, even better than Captain America:Winter Soldier.

First off, I've read the original comic book story and it is a definite classic story that all comic fans should read. Although this movie is inspired by that storyline, there are notable differences that serves the movie tone better and I do like the unpredictability this causes. The main difference which isn't really a spoiler is that it's Wolverine that is sent back in time and not Kitty Pryde although she does play a big role in this movie.

So far, If you didn't hear it in the grapevine yet is that just about everyone who has seen this movie is raving about it. We have old characters working side by side with the new class characters along with brand new characters to the series. A lot of concerns going into this film is that this another Wolverine dominated story and to be honest, he does have a big role but he takes a back seat to Professor X, Magneto and even Mystique in this story. James McCavoy and Michael Fassbender literally becomes their characters and you feel their pain and frustration. Those two truly carry the movie but Patrick Stewart and Ian Mckellan does their share of work and are fun to watch. It almost feels like they are passing the torch to their younger counter-parts. Jennifer Lawrence does a a fantastic job as Mystique to the point that you forget about the Rebecca Romain version. Peter Dinklage does a great job as Bolivar Trask, the creator of the Sentinels and reason the human race will become extinct. Although he is supposed to be a villain he doesn't come off as truly evil, which is a cool thing.  Hugh Jackman is Wolverine, Nuff said!

Ok, I have to say more about his performance...Hugh Jackman does a phenomenal job as Wolverine and you can see why he is the backbone to the X-Men franchise. He knows when to carry a scene and when to back off and let others shine and the script lets him do this very well. Another notable mention is Quicksilver, played by Evan Peters. Before this movie came out there was a huge outrage over this character when we saw a picture of him and folks already had the opinion that this would hurt the movie and even I had doubts. But, I am happy to say we were all wrong cause this character was awesome! Quicksilver had possibly the most memorable scenes and the performance was fun and exciting. It's kind of ironic in the character most people despised is now the one you'll want to see more of.

In closing, the story itself is pretty simple to follow with some cool twists and the payoff at the end is very satisfying as you see some familiar faces making a return. I'm not going to give any spoilers but lets just say that things they we had a problem with in the series, kinda gets fixed. I would highly recommend seeing this movie and not just stop there but get the blue ray/dvd when it becomes available because you'll want to see it again multiple times!

MY RATING
* See it now *
Rent it
Forget about it